The Shire of Merredin is the major commercial and retail centre for the eastern Wheatbelt. 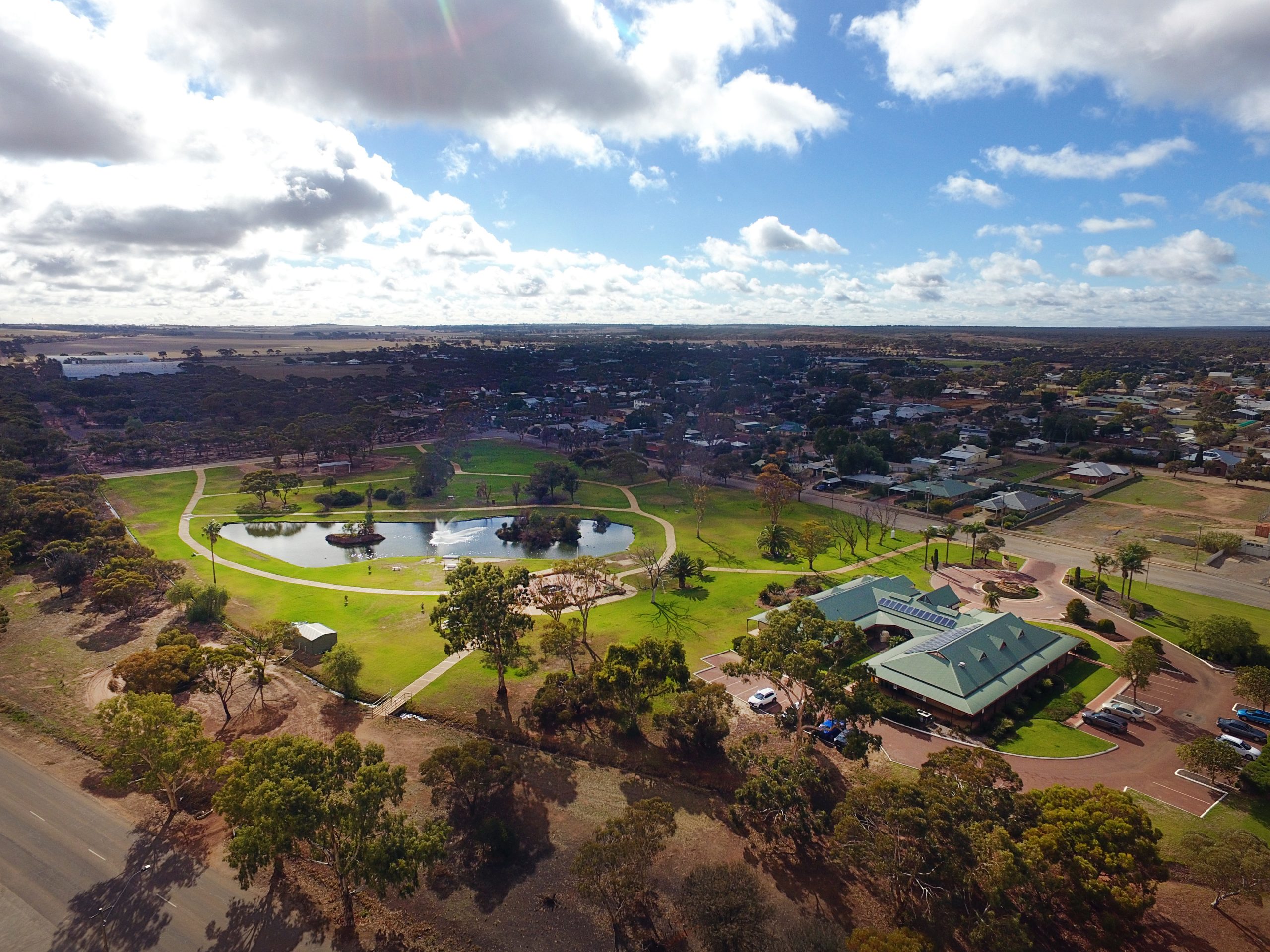 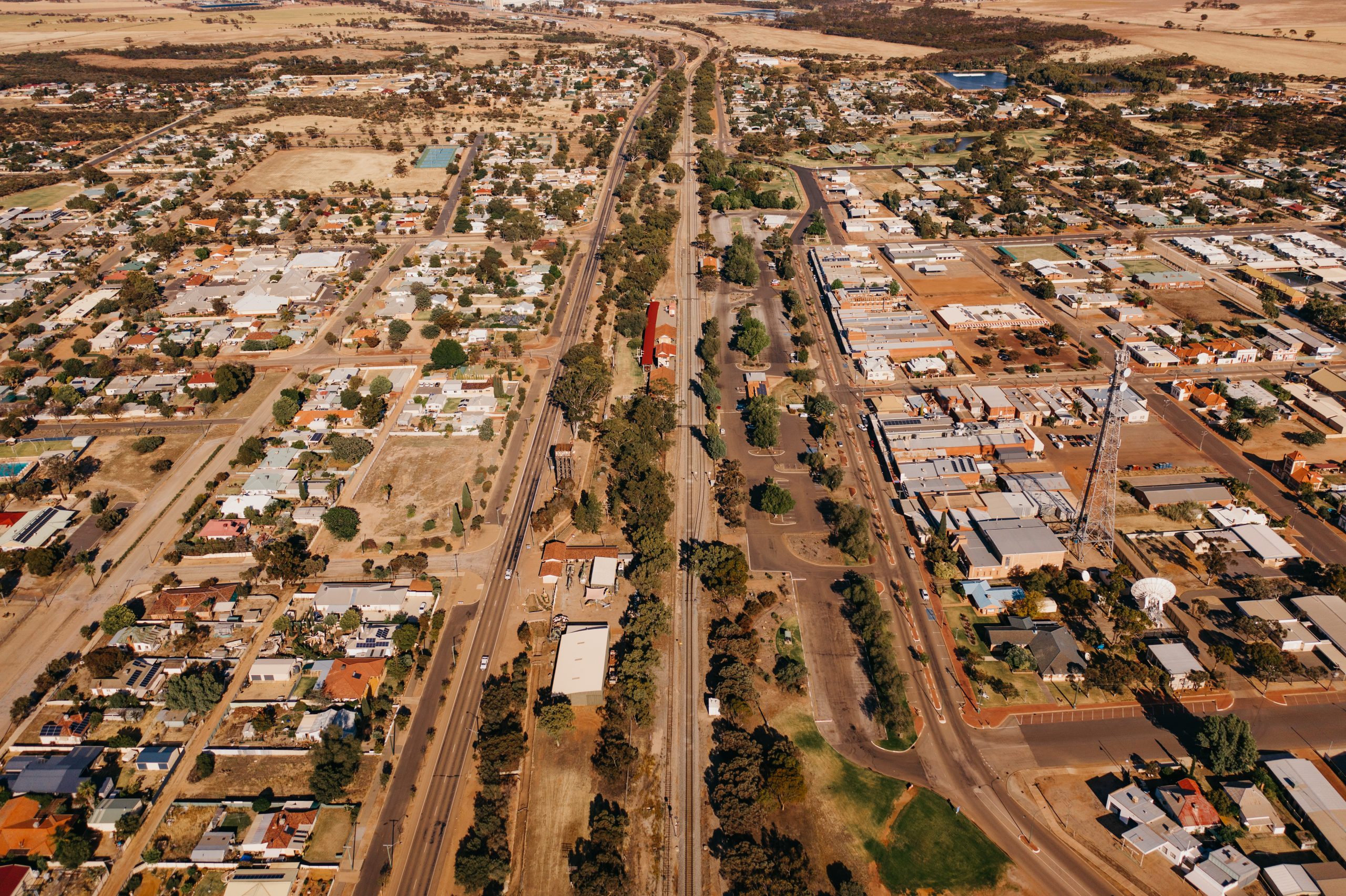 In 1836 Surveyor-General J.S. Roe was the first European explorer in the area, he considered it arid, inhospitable and not capable of supporting life. Settlement of the wheatbelt area was accelerated by the funds generated by sandalwood cutters in the 1850’s. Charles Hunt explored the area 1864-66 and called it ‘Hampton Plains’. He established the York-Yilgarn track and constructed Hunt’s Well, 1 of 23 along the track.

In 1889 Surveyor Henry King set up camp on the north side of ‘Merriden Peak’ (note early spelling of the town has changed) In 1891 ‘Merriden Peak Reserve 2914’, an area of 640 acres, was gazetted as the township of ‘Merriden’. When gold was discovered in Coolgardie in 1893 prospectors would break their 380 mile journey into stages where there was water. With the waterhole at the foot of ‘Merriden Peak’, the bush timber building known as ‘The Hotel’ and a permanent camp nearby, the site was popular. The change in spelling first appeared in the 1895 Post Office Directory as ‘Merredin’. Between 1893-96 the Railway Dam at Merredin Peak was constructed. This was the first rock catchment dam in the State. The water was pumped to the 40,000 gallon railway water tower located south of the settlement.

In 1893 the railway line reached Merredin but passed south of the Peak settlement. Some of the shanties were pulled down and re-erected next to the railway line, the start of the new townsite. At a Government Land Auction in 1906, 28 lots of land were sold in the area opposite the railway line. A school was established in 1907 near the No.4 Pumping Station. The Progress Association formed in 1908 with Thomas Duff as the first chairman. By 1913, 4 major railway lines converged in Merredin which resulted in the establishment of a variety of businesses including hotels, drapers, ironmongers, boarding houses and a population of 250.

In 1920 the Merredin Road Board controlled the largest territory of any governing body in W.A., an area of approximately 3,700 square miles (9,500 square kms).

Agriculture is the largest output generating sector, with an estimated annual output of $89.734 million

Agriculture is the largest industry of employment, supporting an estimated 224 jobs. Other large industries of employment include Retail, Transport, education and training and Health Care. 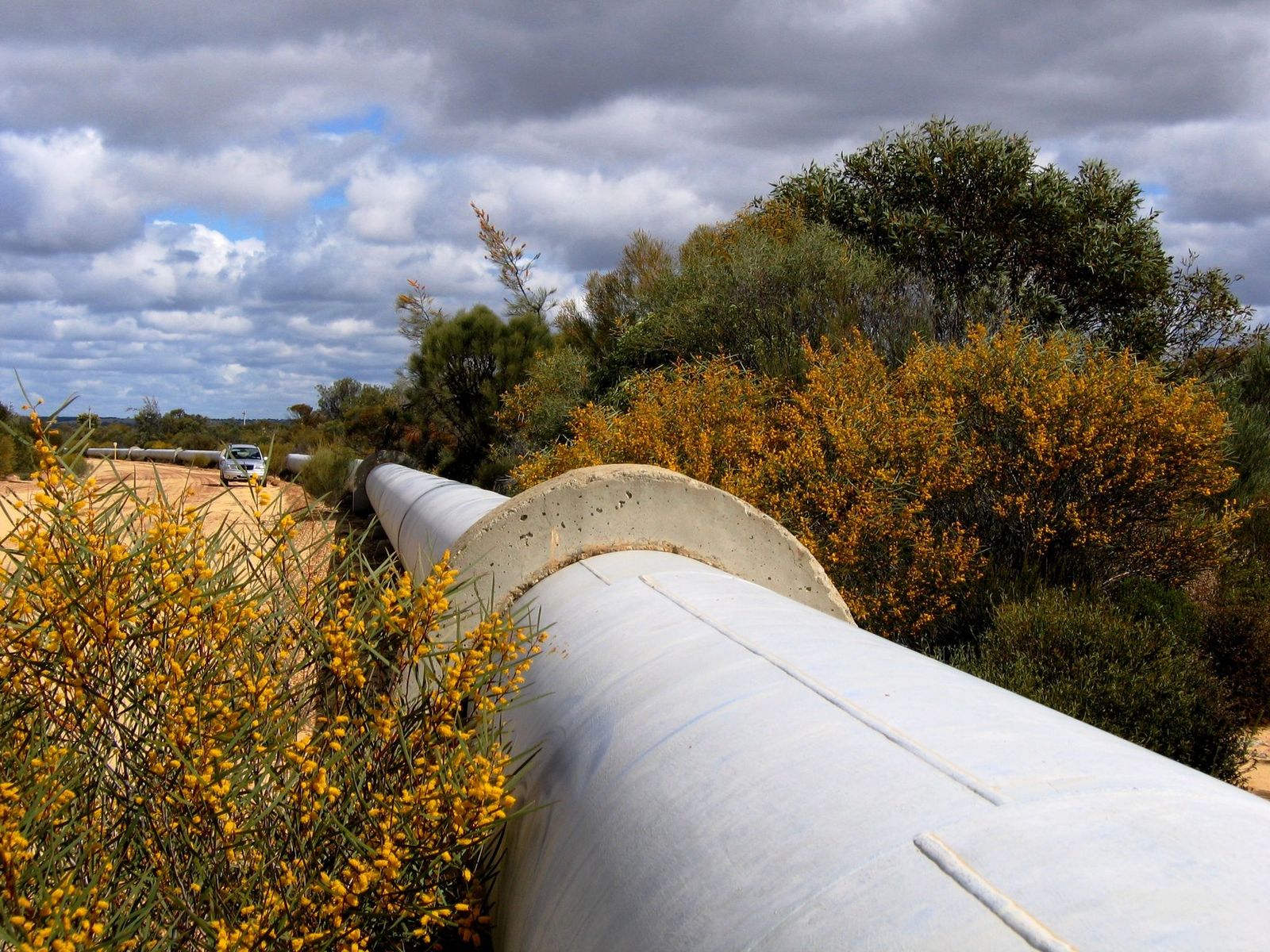 Cummins Theatre is one of the oldest buildings in the Shire of Merredin. The Theatre owns its existence in Merredin to James Cummins, who was the Mayor of Kalgoorlie and owner of both the Merredin and Kalgoorlie breweries. Mr Cummins purchased the Tivoli Theatre, which had been built in Coolgardie in 1897, and had it dismantled and sent in pieces to Merredin by train. Here, the thirty year old Theatre was rebuilt where it stands today on Bates Street. Cummins Theatre, renamed in honour of its founder, opened to the public on the 10th October, 1928. Cummins Theatre has played host to a number of Australia’s favourite artists over the years, including AC/DC, Slim Dusty, Johnny O’Keefe, Lano & Woodley, The Wiggles, David Helfgott, Sherbert, Marcia Hines, John Paul Young, and many, many others. The theatre was permanently entered on the State Register of Heritage Places in 1996, and is highly valued in its community for its live entertainment. 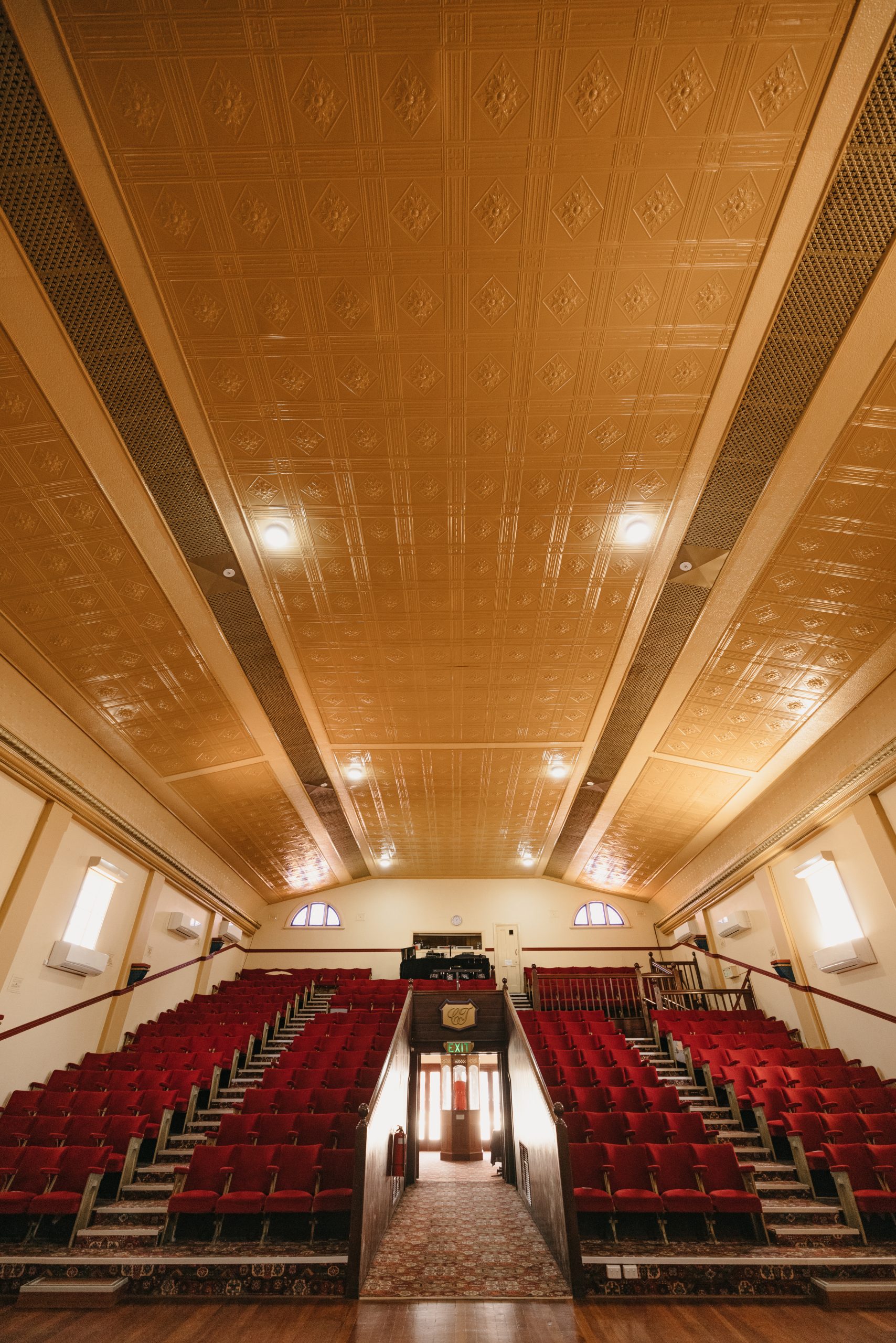 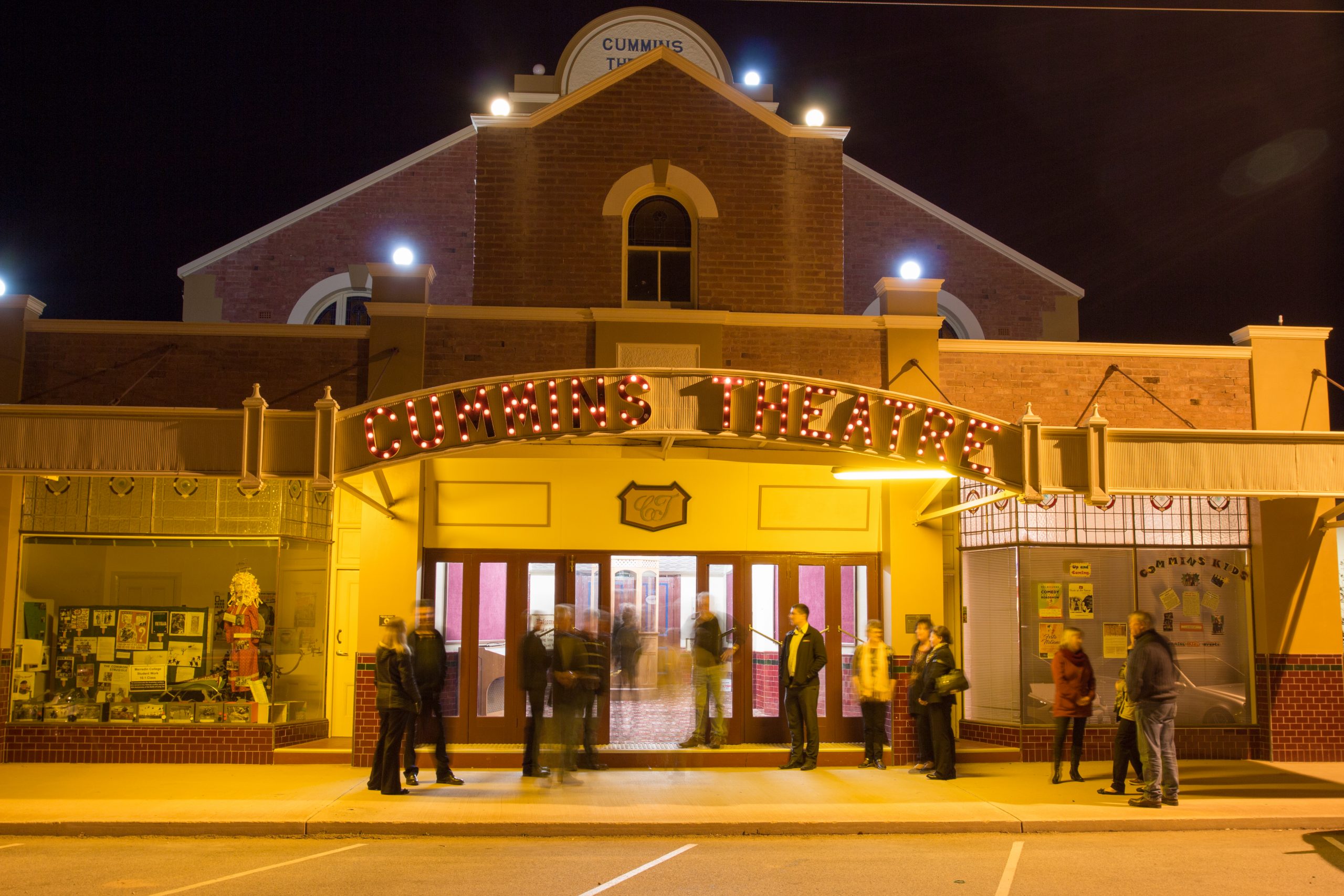 Grab a copy of the Rediscover Merredin brochure which includes the heritage trail map, available from the Central Wheatbelt Visitor Centre or a map of the trail is located on the east & west walls of visitor centre building. The Merredin Heritage Walk begins in the Museum precinct in Pioneer Park where you can visit the Railway Museum and the Military Museum and historic water tower.

A fine collection of memorabilia, uniforms, vehicles and equipment relating to most conflicts from World War 1 onwards. Some vehicles have been restored to working order. In September 2014 the museum took delivery of “Huey” a former RAAF and Army Aviation Iroquois UH-1H helicopter. The only other Iroquois on public display in WA is at Perth’s Bull Creek Aviation Heritage Museum. 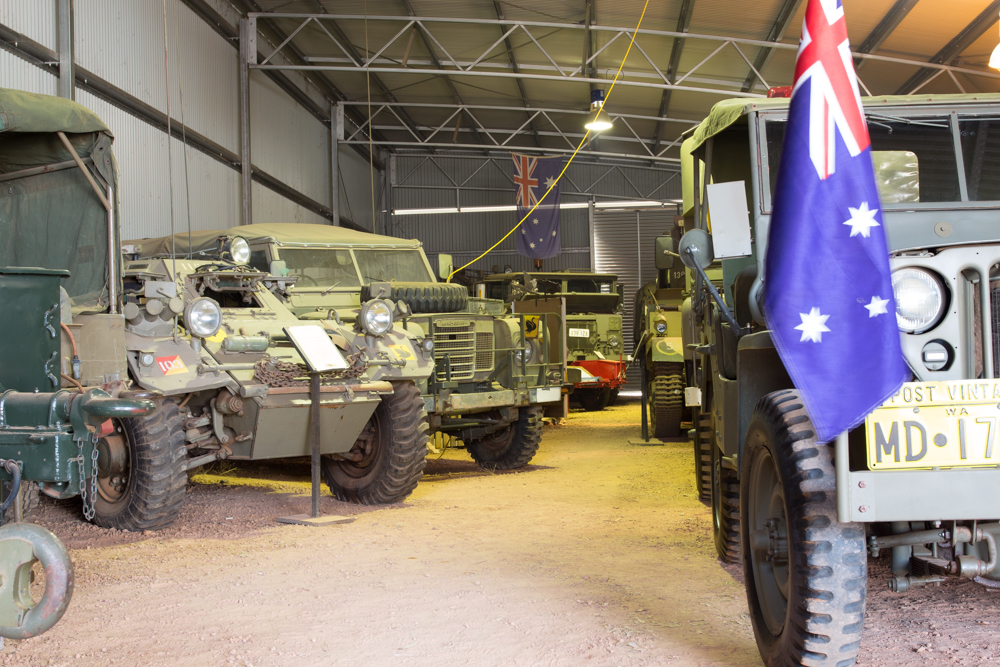 Occupying the old railway station, the Merredin Railway Museum has an extensive display of railway memorabilia and social history. Wander among massive steam engines and rolling stock, including the 1897 locomotive that hauled the Kalgoorlie Express, or climb the signal tower for a view and insight into the amount of signal leavers necessary to operate this once major rail hub. Marvel at the farming pioneers of Merredin and district with a visit to the Pioneer Women’s Room and the Memorial Rose Garden. 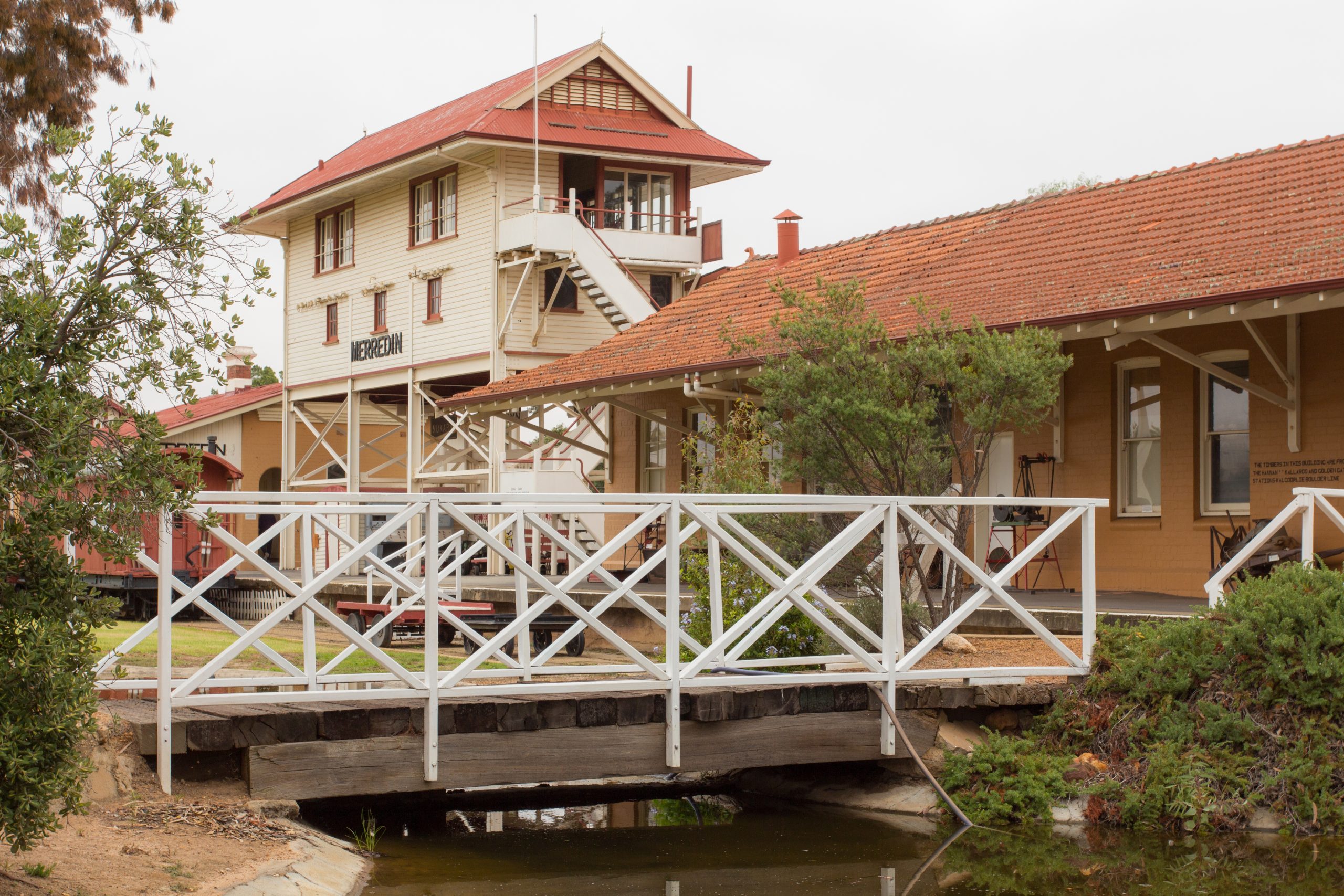 Southeast of Merredin and Burracoppin you can drive through one of the largest wind farms in Australia. Collgar Wind Farm is a site of 18,000 hectares and contains 111 turbines which generate enough power to supply 125,000 homes. It will displace 700,000 tonnes of carbon which is equivalent to taking 160,000 cars off the road each year. Visitors are invited to stop at the Interpretive information shelter located on Bulls Head Road. 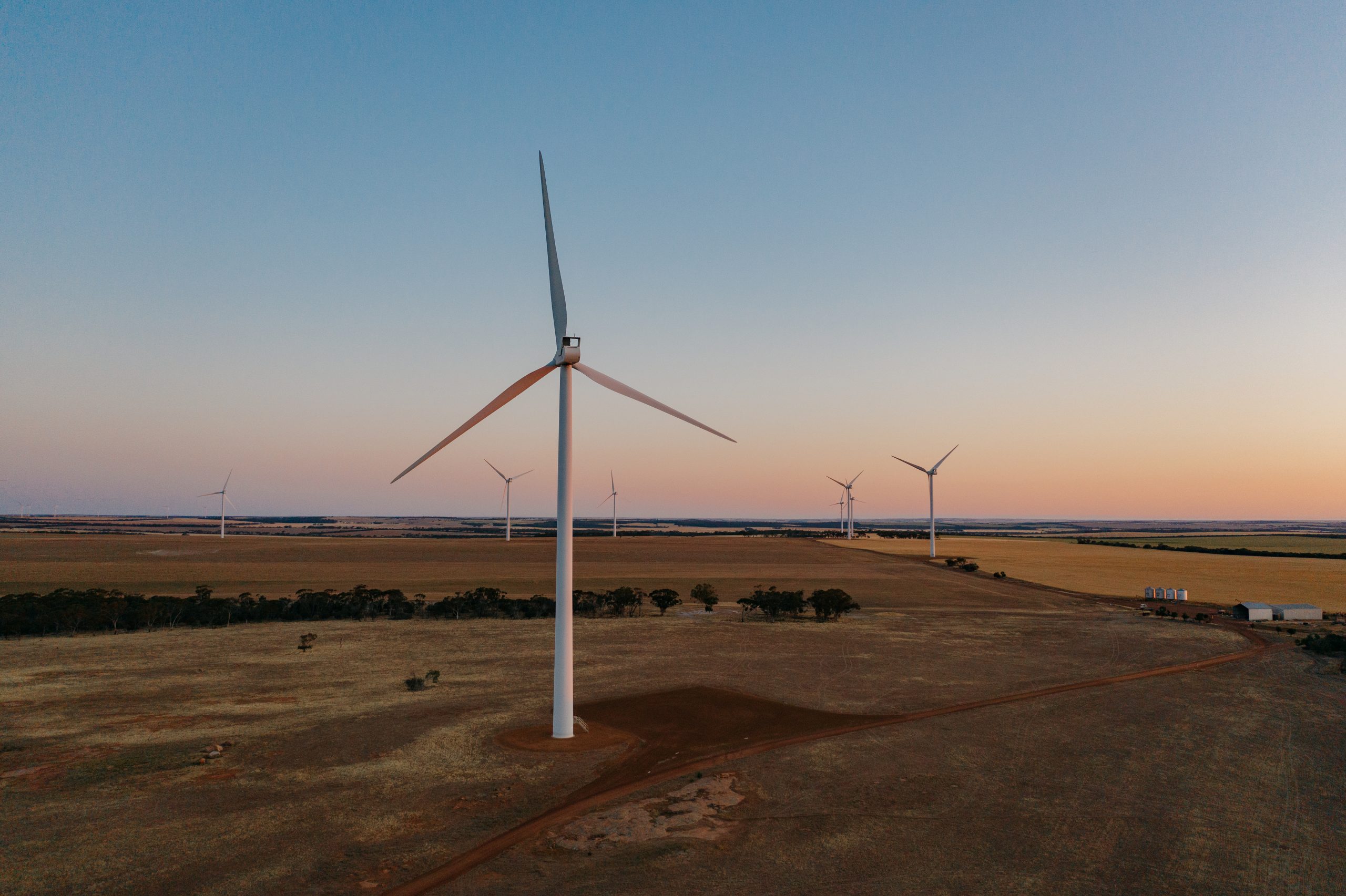 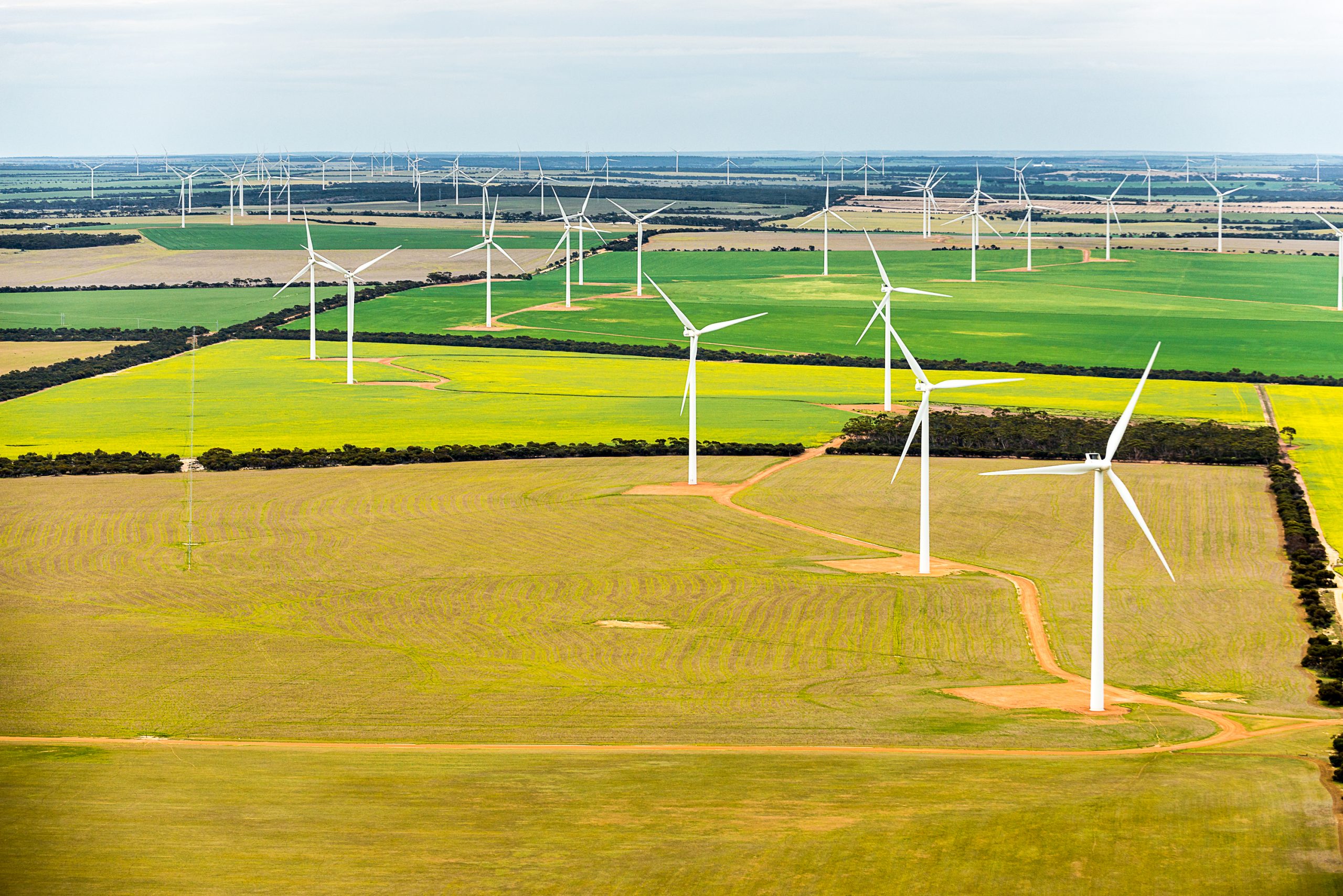 Located south of Merredin on the corner of Bruce Rock Road and Robartson Road the Solar Farm is built over 460ha of former farming and grazing country adjacent to the Western Power Merredin Terminal and connects to this facility at 220kV. A diesel power station is also located adjacent to the terminal on Robartson Road. Merredin Solar Farm delivers clean, renewable electricity into the South West Interconnected System (SWIS) making a major contribution to Western Australia’s greenhouse gas reductions. 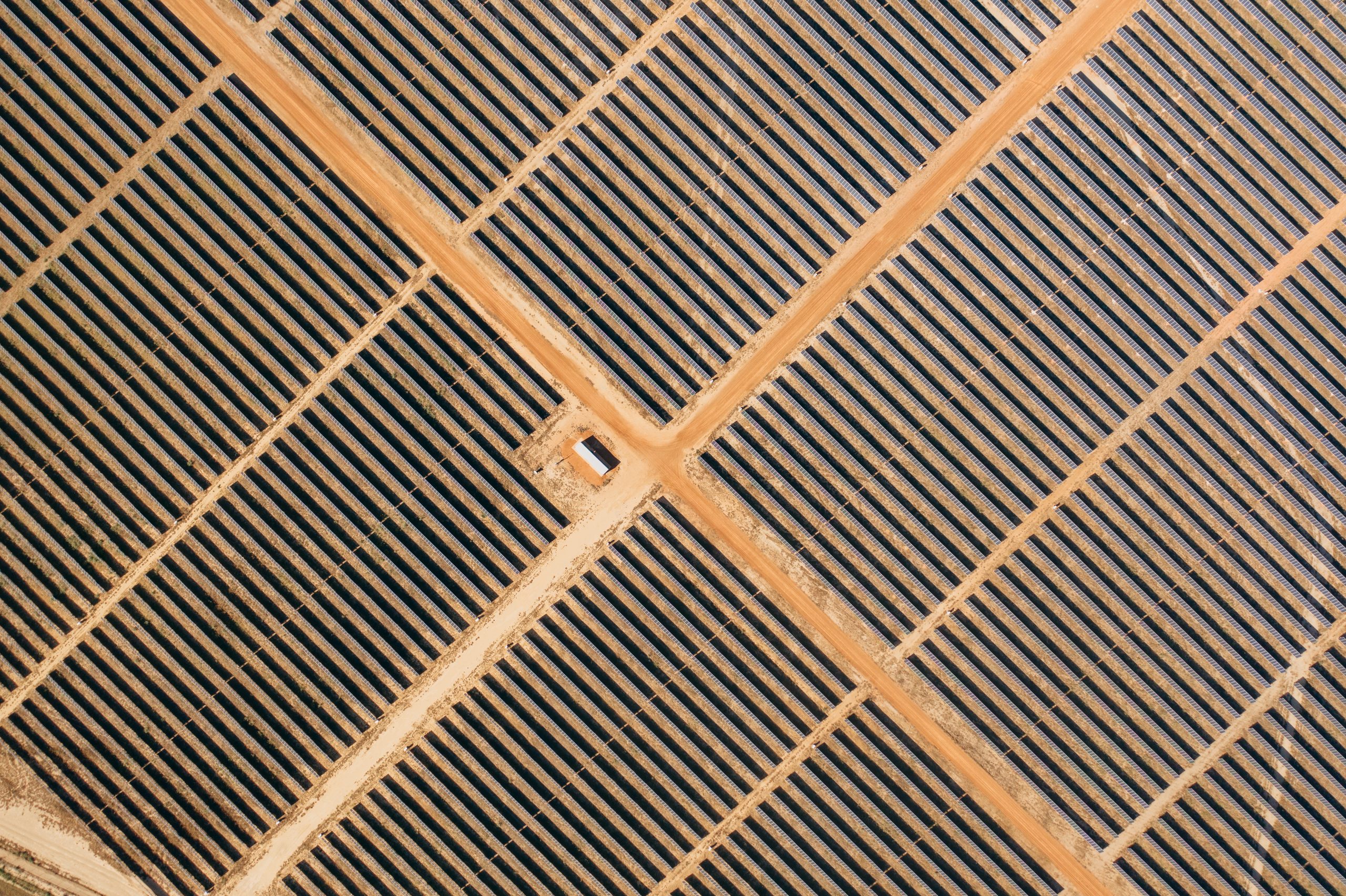 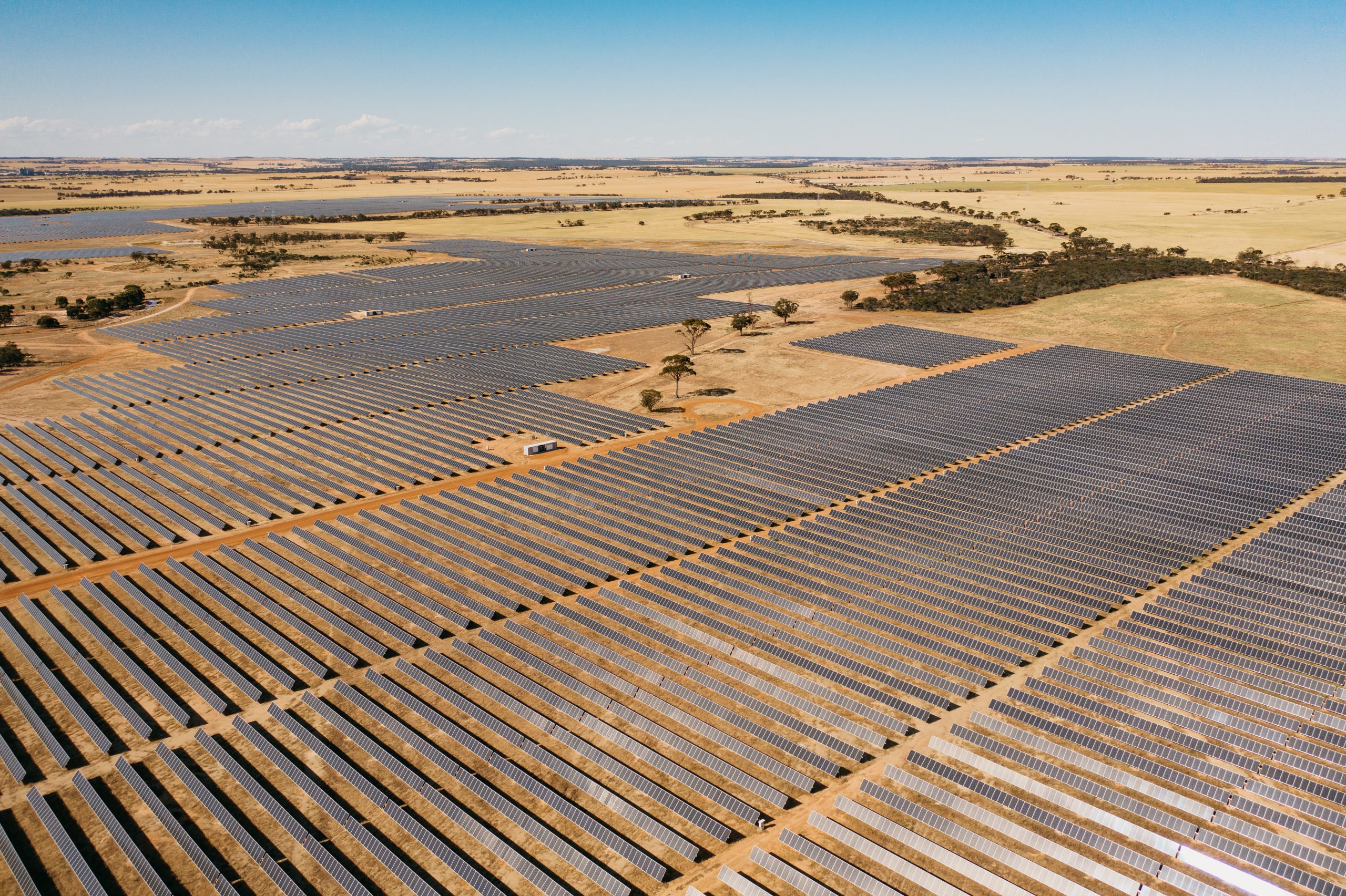 Sharing Culture, Exploring Country.
Join local Aboriginal tour guide Mick Hayden and undertake a cultural walking tour of Merredin Peak and the surrounding reserve. Learn about the rich Aboriginal history via a walk along the trail up the rock and be rewarded with delightful views of the town and reserve land to the east. Alternatively book in for the day tour and allow yourself to be taken on a journey of the Njaki Njaki Nyoongar peoples country and hear stories of their connection to the sites. This tour offers an insight into traditional and historical site important to the Njaki Njaki Nyoongar people. 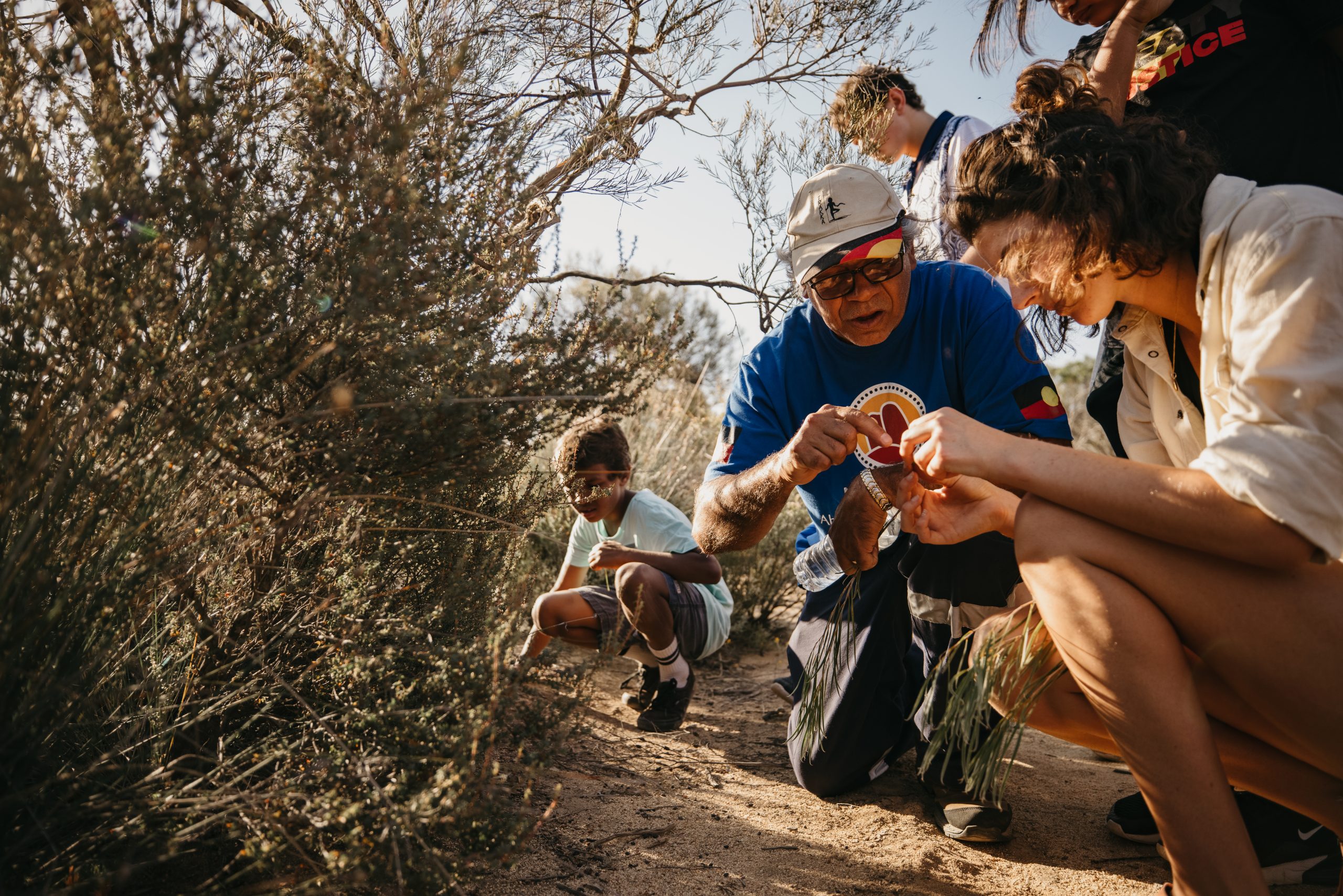 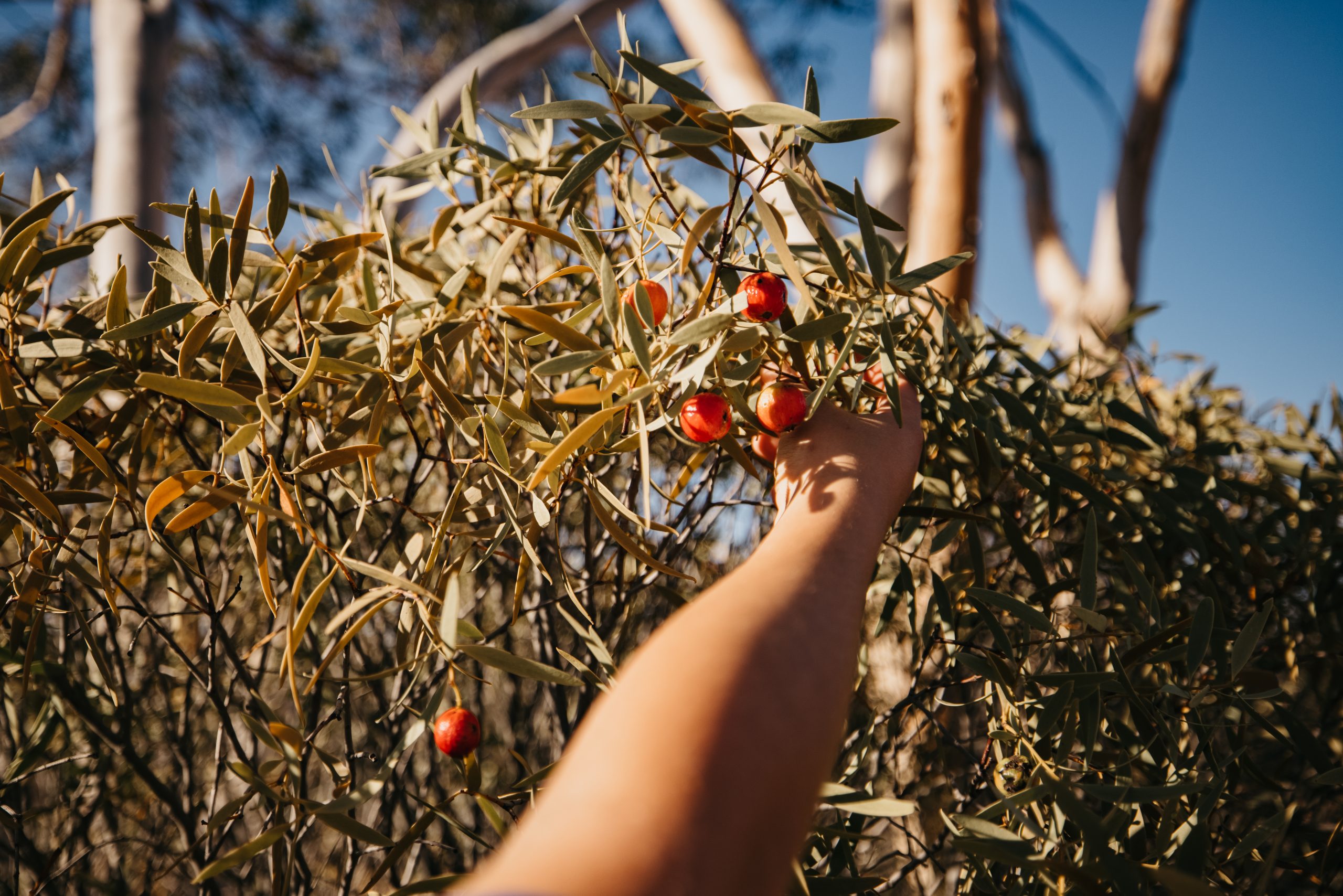 A point of interest on the Golden Pipeline Heritage Trail, located 3km west of Merredin south of the Great Eastern Highway. This once significant structure is now a stabilised ruin with National Trust interpretation on site. It is currently undergoing some remedial work and the access is closed. 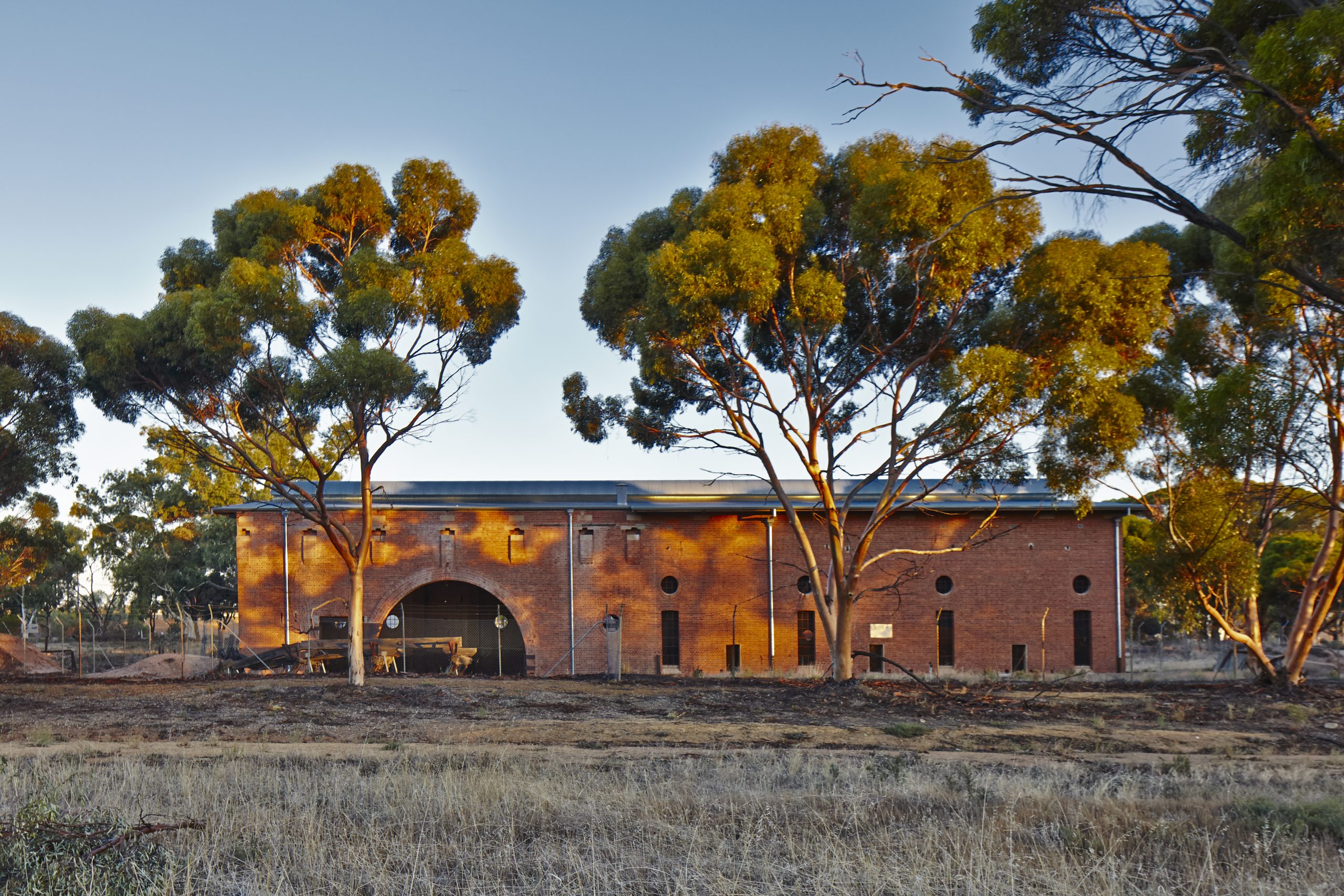 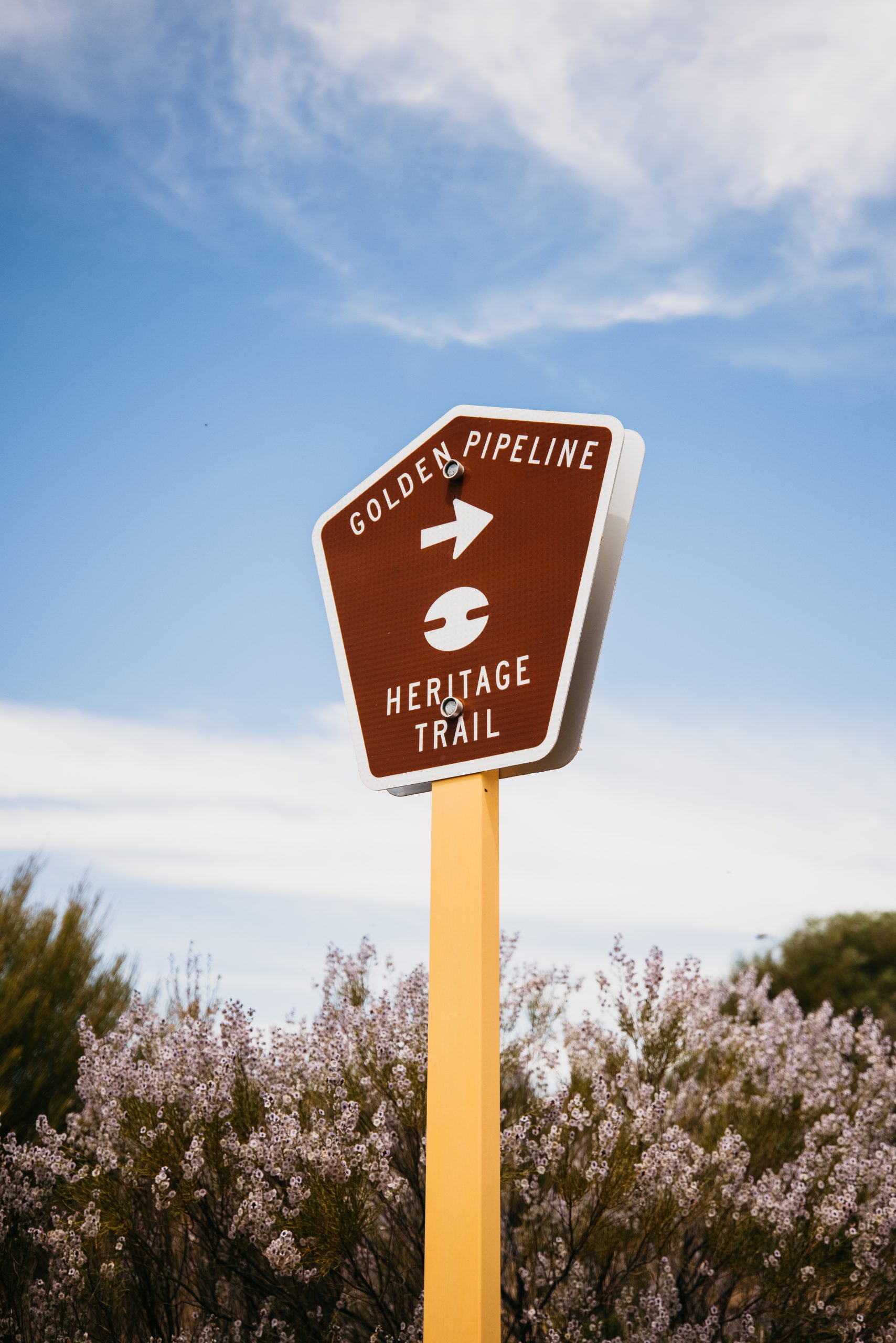 Merredin has a range of parks and reserves which are well worth exploring.
Apex Park located on Barrack Street is a children’s playground which includes tables, bbq, public toilets, shelter shed and a skate park. Roy Little Park located on King Street provides a paved walking or cycle trail, playground, picnic seats and a home for the other two legged locals – the ducks. Lenihan Park is a dedicated children’s outdoor nature play space securely fenced and gated located on South Avenue opposite St Mary’s Primary School. Pioneer Park a memorial park dedicated to the early agricultural pioneers, centrally located between the Railway Museum and Military Museums with bbq and picnic table. Tamma Parkland is located on the southern side of the townsite accessible via South Avenue, O’Connor Street, Cohn Street and Snell Street. Tamma Parkland provides a glimpse into the type of vegetation that was once found in the area. The 23 hectares is home to 175 native plants in five habitat sites. More than 45 species of birds have been sighted in the park and there are two species of trap door spider. In spring time droseras, a variety of orchids, everlastings, grevillea, hakea and the mallee trees are all a feature of the park.

Merredin Peak Reserve (more on this reserve below). 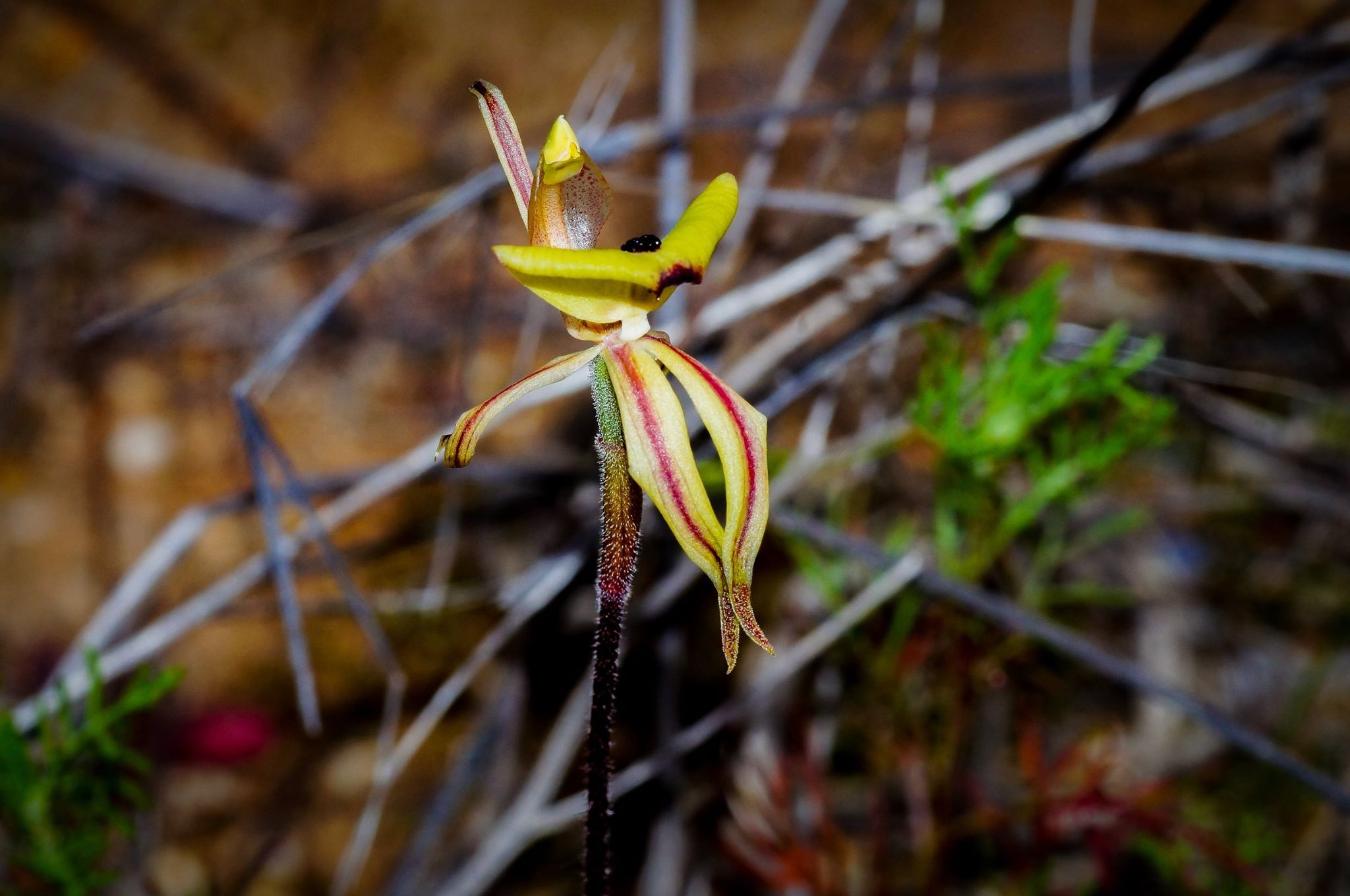 Surrounded by native bushland this area is perfect for bushwalking or climbing the rock along the interpretive trail, rewarding you with magnificent views over Merredin and the surrounding countryside. Interpretive signage tells the story of the engineering techniques of building the stone contour wall, rock channel and railway dam in 1893. This early catchment scheme provided water for both the town and railway. The rock wall built around the contours of the peak led to a 100m channel and a 25 million litre capacity storage dam. Adjacent to the Peak is the World War II remains of the 2/1 Australian General Hospital. A drive around the site explains the history of the construction and reason for this inland hospital. There is a 24hr self-contained RV site at Merredin peak. Dogs are permitted off leash in this area.. 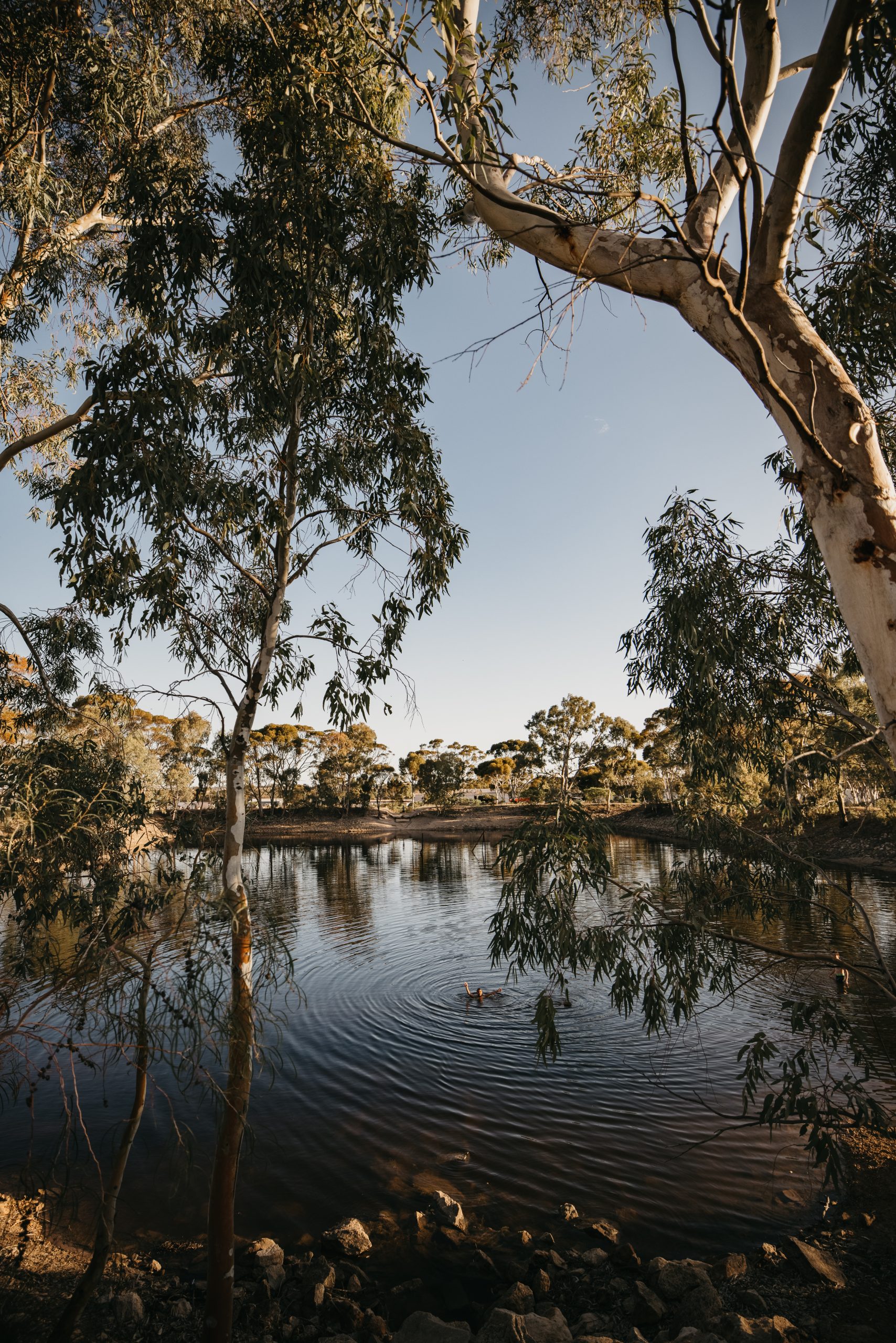 Located 14 kilometres south of Merredin on the Bruce Rock Road. Totadgin Conservation Park offers a picturesque setting for a picnic and provides an ideal location to discover much of the native flora and fauna inhabiting the area. Take a gentle stroll along the bottom of the Totadgin Rock, a granite outcrop with a similar wave formation to the more famous Wave Rock in Hyden. Discover the plethora of native birds that live in the reserve, including the White-eared Honeyeater and Chestnut-rumped Thornbill. Relax at the picnic area under the shade of the woodlands before continuing on to explore more of the reserve. A visit to the reserve in spring is even more spectacular with the diverse assortment of wildflowers out on display. A stone lined well built by Hunt in the 1860’s, to assist pioneers moving through the country, is also located in the Park.

Creating the artwork was a labour of love, requiring the artist to work around the clock. Through his geometric yet playful paintings on the Merredin silos Hughes-Odgers depicts two large plant pots with sprouting seedlings, which represent the importance of the agricultural industry to Merredin and the Wheatbelt region. A man and a woman are standing tall on the silos. The patterns on the woman’s body pay reference to local buildings, structures and local icons in Merredin. The designs on the man’s body are inspired by local salt lakes, dams, and granite outcrops. The colours are recognisable, as they are taken directly from the Wheatbelt’s natural environment. The burnt oranges, yellows, and blues are from the landscape and sky. 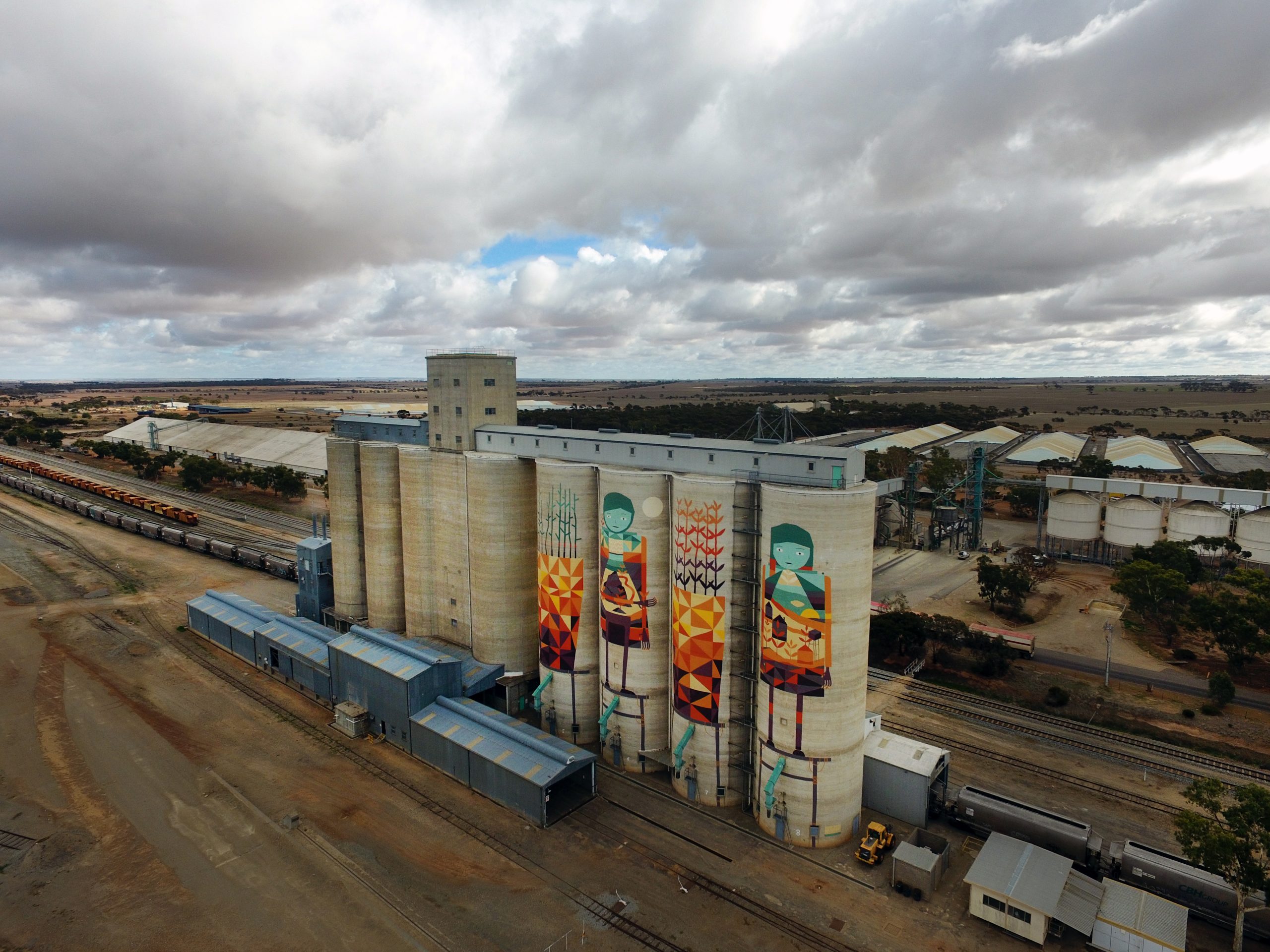 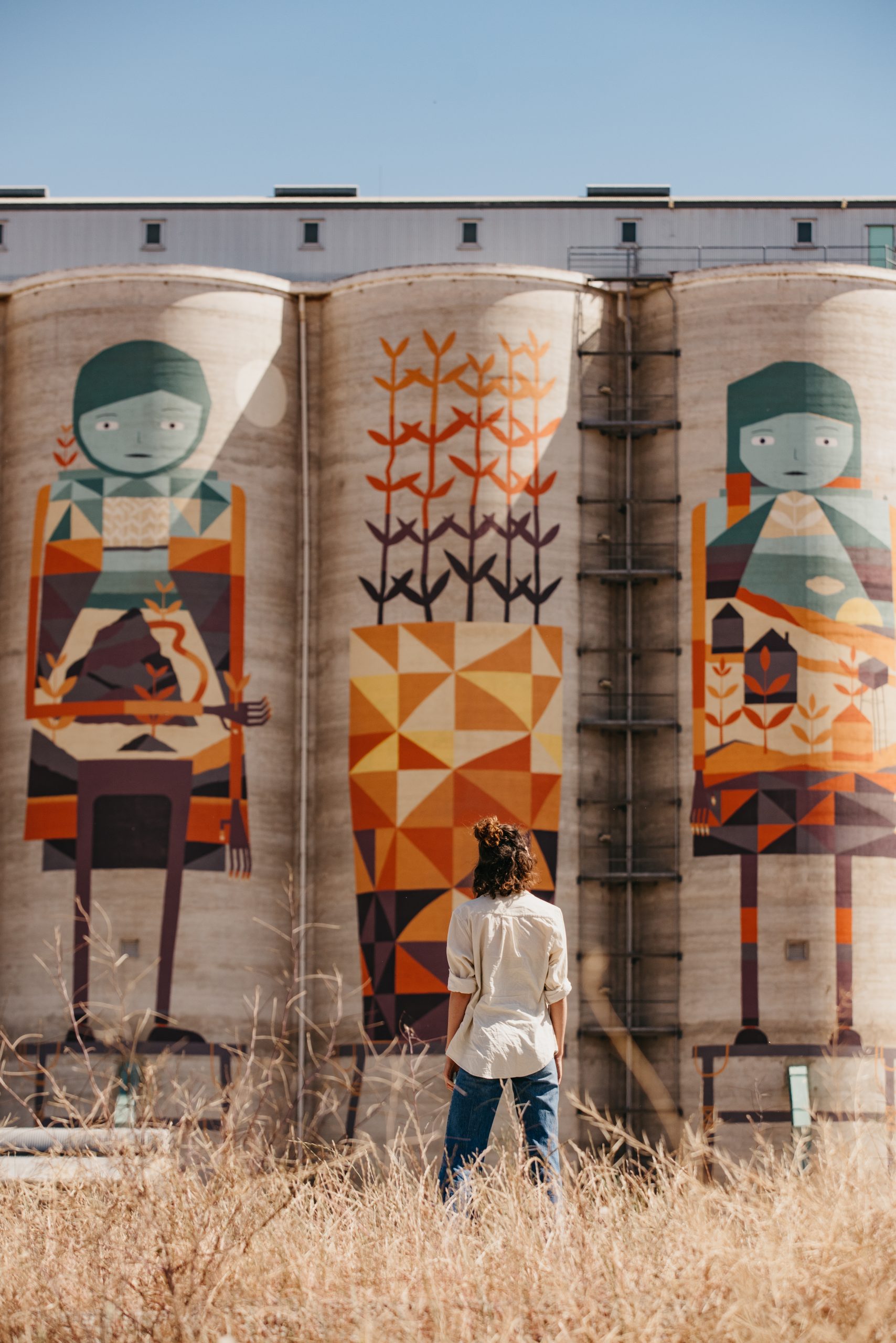 The World War II Sites in Merredin provide a fascinating insight into the role the Central Wheatbelt played in Australia’s preparation for World War II. Visit the old hangars and the Officer’s mess which together tell an interesting part of the town’s history. Military history enthusiasts will be captivated by the RAAF No 10 Store Depot which comprises of igloo shaped tin hangars. They were originally built in 1943 to store American aircraft for the war. From the sky the hangars were camouflaged to look like a salt lake. Take a drive to the High Frequency Direction Finding Installation, also known as the Radar Hut. It was built to give advance warning of an impending invasion. Whilst it is located on private property, it can be seen from the Merredin-Chandler Road. The foundations of a once active hospital are all that remain at the Merredin Army Hospital Site beside Merredin Peak. Wander over the concrete base and imagine the scene with army medics racing around to help injured soldiers during World War II. The hospital was situated in Gaza Ridge near Tobruk and was relocated here in 1942. Read about the hospital’s history and the significant role it played in the war, and discover why it was relocated to Merredin. 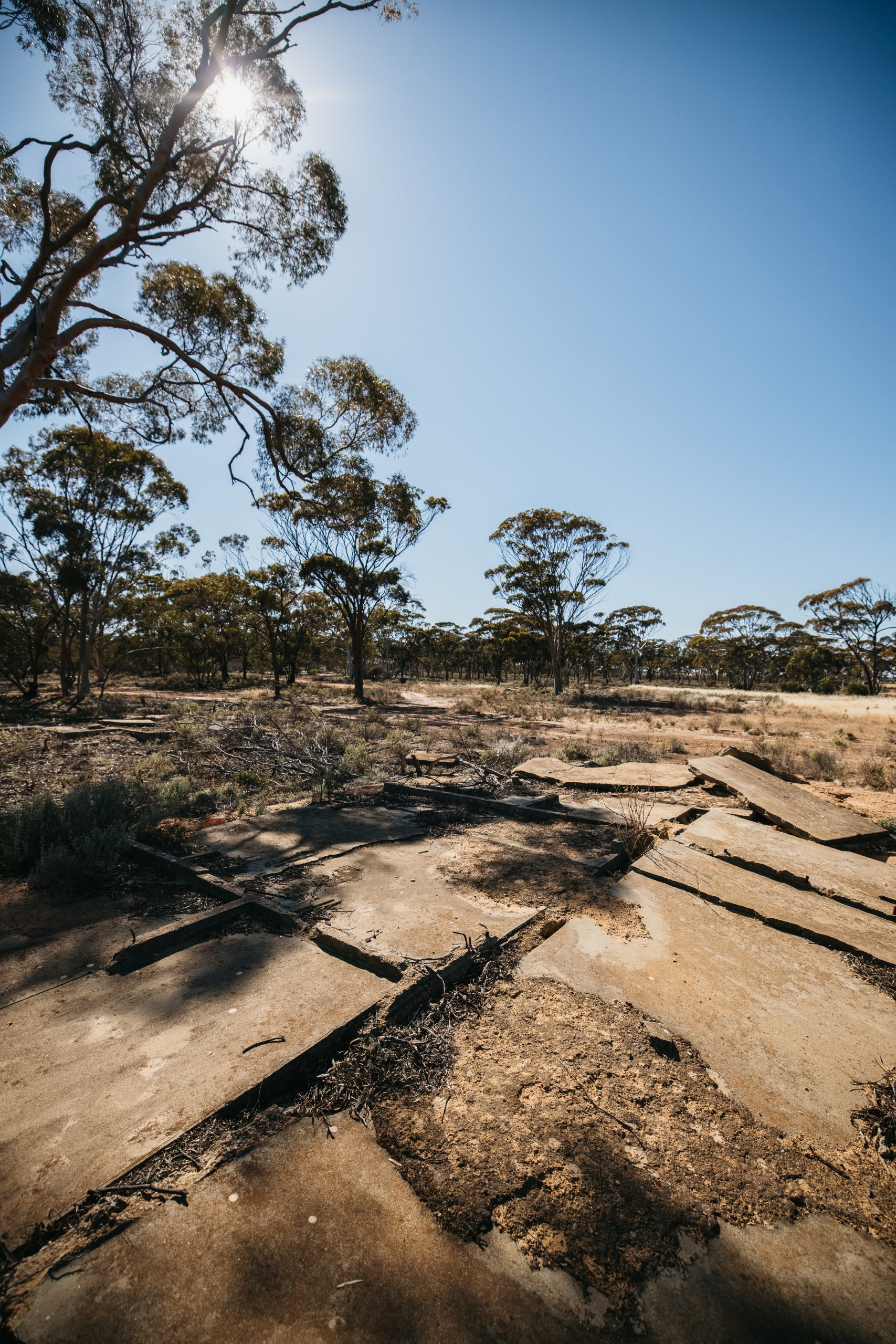 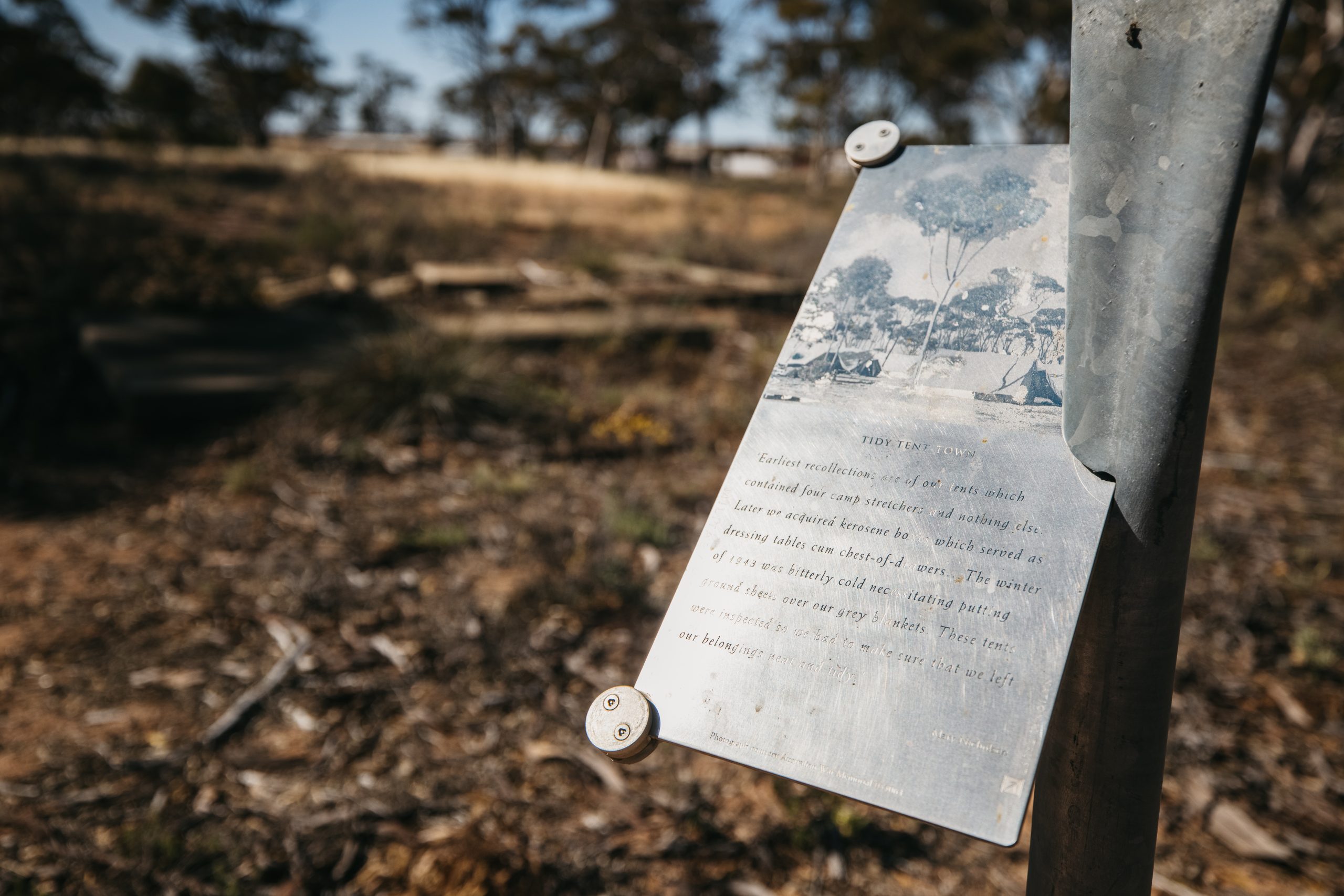 For more information about what there is to see and do, and where to stay in the Shire of Merredin visit:

Connect with the Shire of Merredin